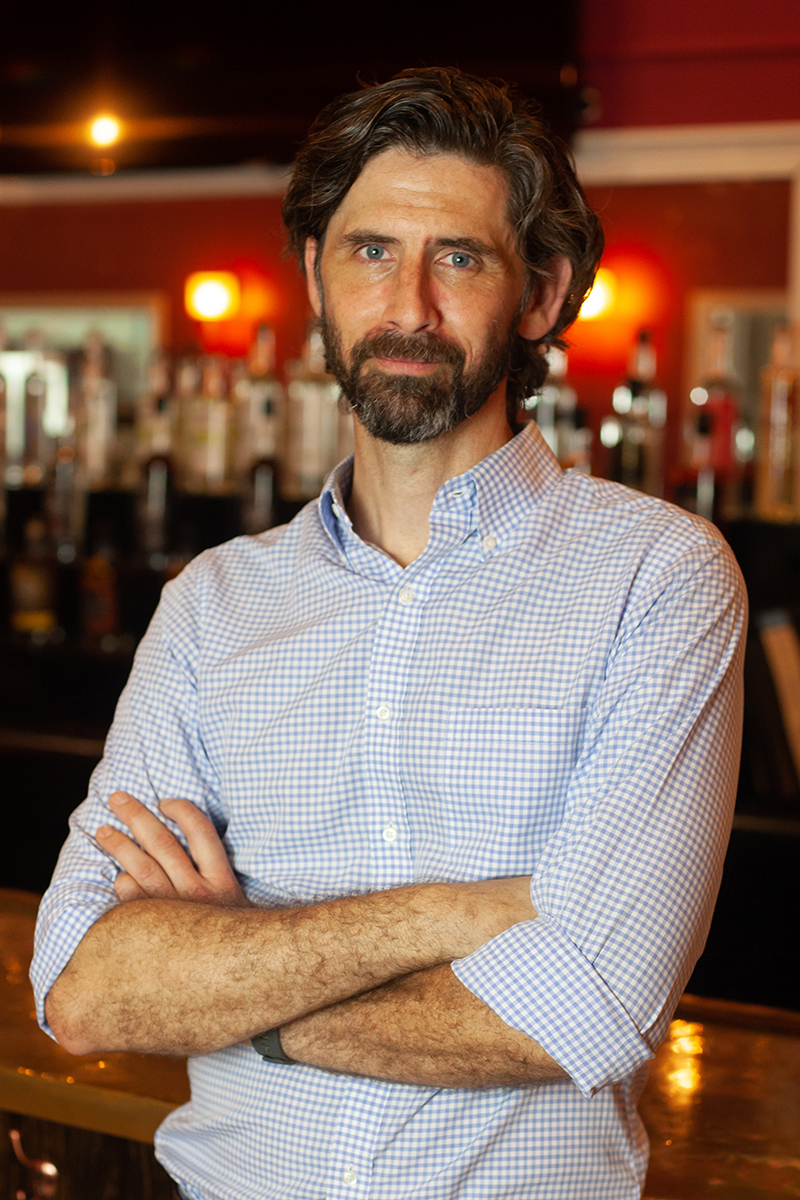 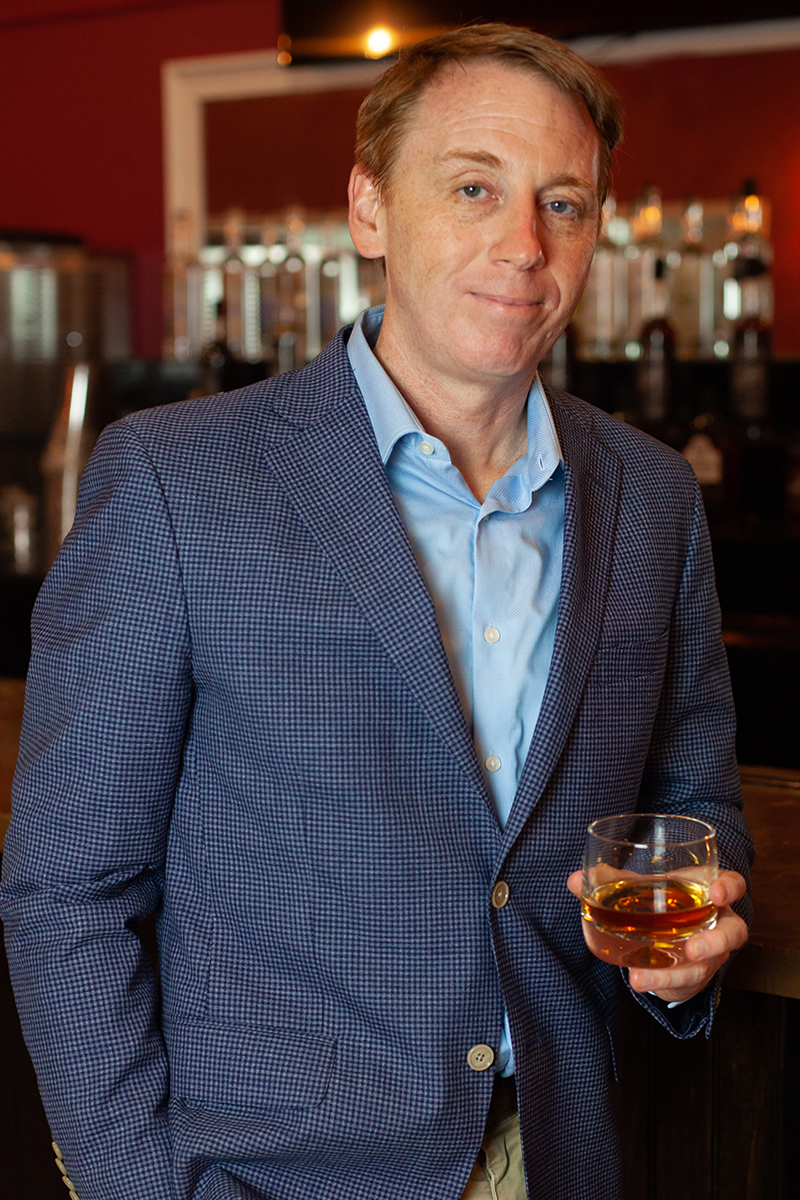 Josh grew up on a tobacco farm in Kentucky, along the Ohio River.

While working on the farm he heard his grandfather’s stories of playing fiddle in an old timey band and finding whisky barrels along the river after a flood, which were put to many uses! Josh developed a deep appreciation for hard work, the art and science of hand crafted things, and hillbilly ingenuity.

Josh pursued his education down the river, first to the University of Louisville, where he met Ken, and then on to law school in New Orleans, but he carried with him the stories and character of his roots.

Over the years, Josh has cultivated a passion for bourbon, its history and craft. His appreciation and fascination stems from all the differences that can happen in spirits with just the slightest changes to how they are made or aged.

Studying the history of bourbon and its earliest development is what sparked the idea of partnering with Ken to send spirits down the rivers to New Orleans in a similar fashion to the original bourbon distributors.

By founding Left Bank Distilled Spirits, Josh aims to make delicious American whiskies. Left Bank combines Kentucky’s seasons, a journey down a dynamic river, and the spirit and passion of New Orleans into spirits that could not be made anywhere else in the world.

The Left Bank company is the happy intersection of all these elements along with a brotherhood of friendship.

Ken Hagan has an adventurous spirit. With quick-witted humor and a curious nature, Ken’s university background in philosophy and comparative religious studies pairs well with twenty years of competitive fencing, almost making him appear to be a wise knight from medieval legend.

Competing in the top division in the U.S. with elite athletes of all ages and training with Paralympic fencers from Atlanta 1996 through Rio 2016, Ken’s life as a competitive fencer coincided with his career as a software developer and analyst for leading technology teams. After three small technology start-ups, eight years working at a large university, and fourteen years working for Fortune 200 companies, Ken earned an MBA with the intent of putting it to use in an entrepreneurial second career.

While living in Louisville, Kentucky since the early 1990s, Ken witnessed the Bourbon Boom firsthand. His bourbon story began with curiosity, trying different bourbons at a party of special event and then buying rare bourbons here or there at the market.

Swordfighting was put on hold in 2017 when Ken paired up with longtime friend Josh Easton to build their new company, Left Bank Distilled Spirits. His goal with Left Bank is to bring his strange set of experiences to bear, creating a series of new whiskies with each of their own distinct taste and story.

Throughout his journey, Ken’s focus has been on aging and how it affects the whisky. He loves to see the subtle differences and how by changing one variable in how a spirit is aged and bottled, it can change its aroma, mouthfeel, and flavor.

Left Bank Straight Bourbon Whisky is the history of Bourbon in a bottle. This spirit is distilled and aged on the banks of the Ohio River in Kentucky. It spends at least two years aging in our incredibly unpredictable weather.

When a batch of our barrels is ready for the journey, we add our own blend of finishing staves to the barrels and prepare them for their journey. The barrels then make their way from Kentucky to the Port of New Orleans where they are taken off the barge and prepared for bottling. We marry the barrels into a batch (four barrels to a marriage – it’s complicated) and bottle them without chill filtration.​ 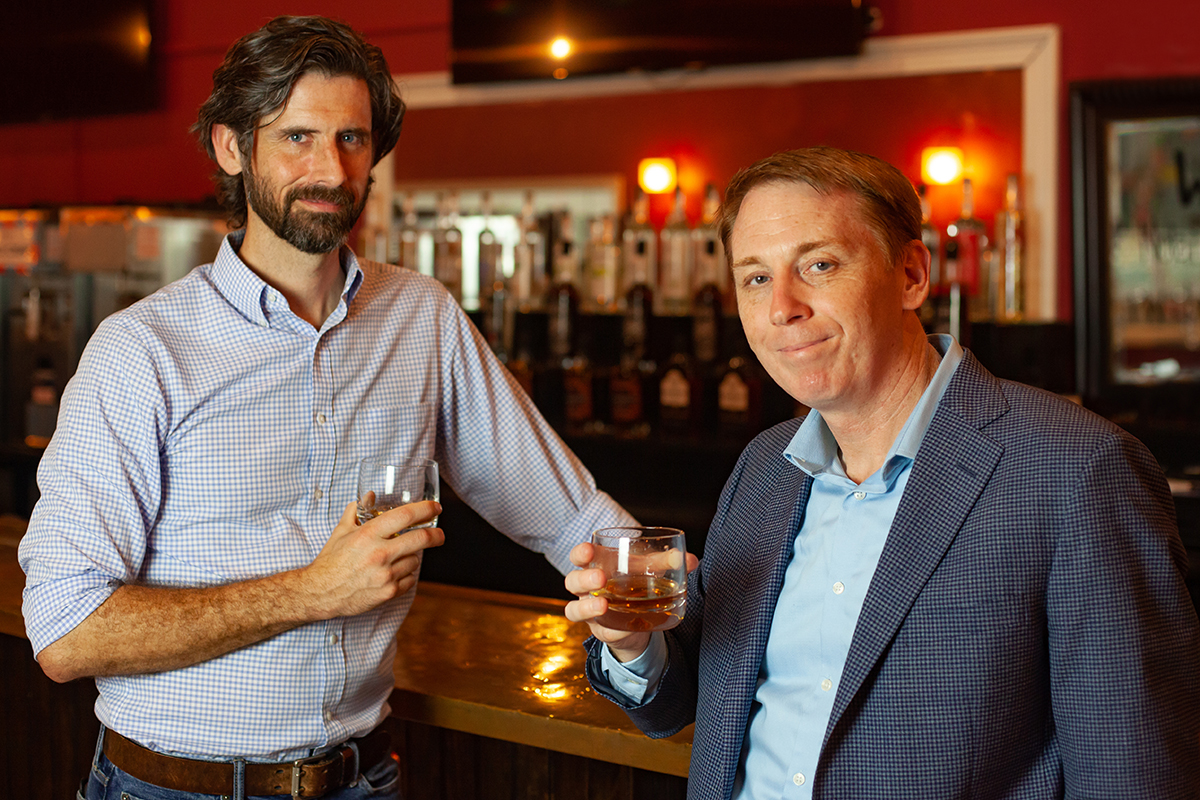 THE VESSEL
THE CRAFT OF AGE