River Aged on the Mighty Mississippi​

In an age of high speed communication and express travel, it is extraordinary to find a company that wants to take the long way 'round in order to get the job done. But, as some say, patience is a virtue, and Left Bank Distilled Spirits has found a virtuous way of producing a new brand of American Bourbon Whisky by hopping a cargo boat down the river instead of zooming along the Interstate from Kentucky to Louisiana. 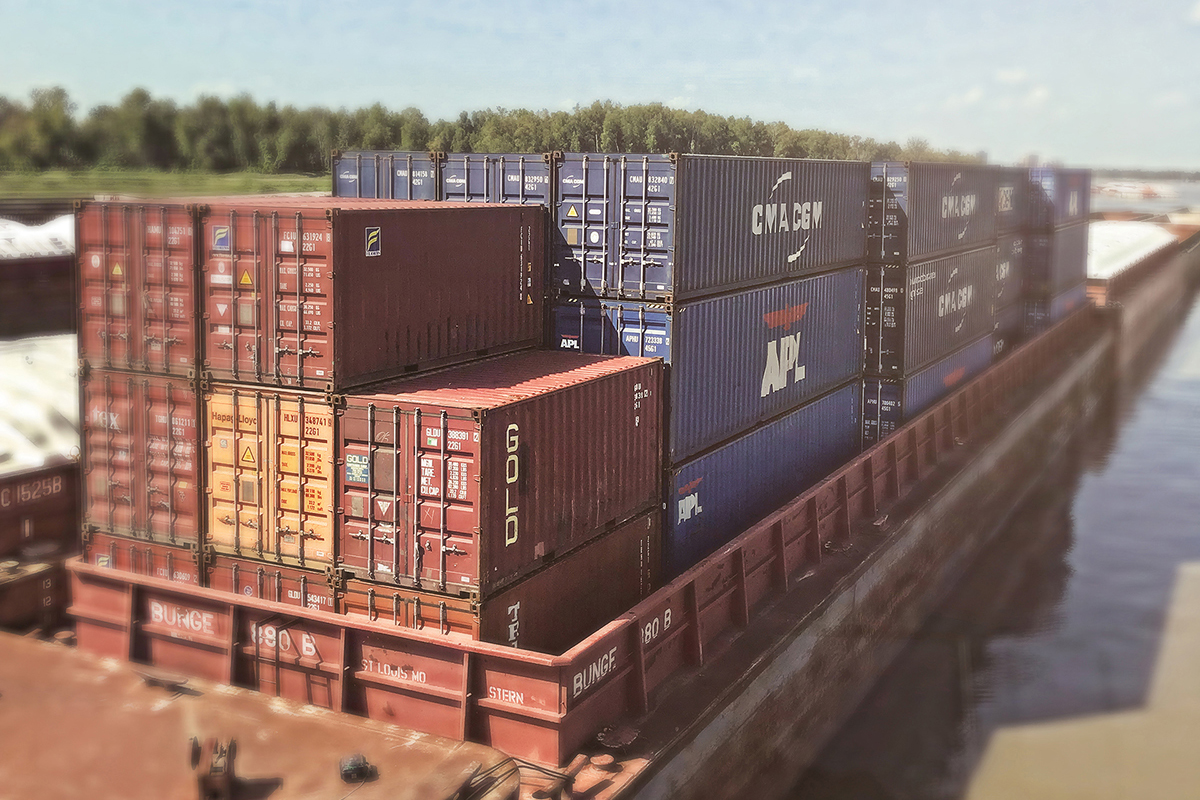 Left Bank's adventure begins in the same fashion as bourbonmakers embarked on their journeys in the early days of America, by transporting barrels filled with whisky down the Mississippi River on a cargo ship. This journey, which now takes 18 days, is part of the "barrel torture" known as craft aging. As the alcohol is rocked by the rhythm and movement of the river, the aging process begins and a unique flavor profile is produced by the motion, textures, temperatures, and other elements along the journey.

Nowadays, the cargo ship is a sturdy industrialized machine, but looking back through the pages on early bourbon history, it was the flatboat used most often in bourbon transportation. A flatboat comes from the evolution of a canoe or raft, known as a pirogue in the bayous of Louisiana. Constructed from green oak plants, flatboats were built with wooden pins rather than iron nails, and the timber was fastened together by caulking the seams with pitch or tar.

The downriver journey begins at the confluence of Cairo, a junction of both the Ohio River and the Mississippi River on its way from Shippingport, Kentucky to New Orleans, Louisiana. 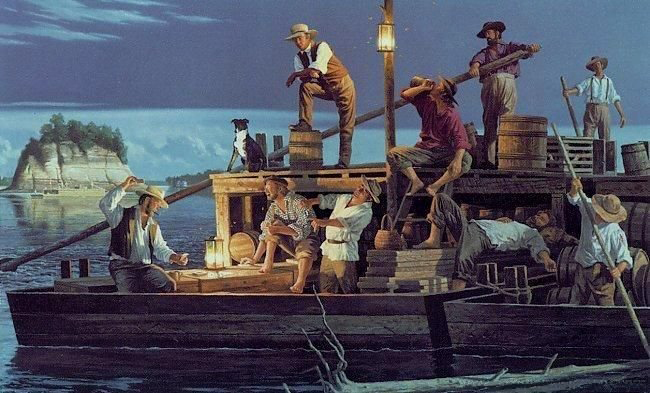 The wooden vessels transported barreled whisky along the muddy waters of the river, and while the liquid marinated inside the oak kegs, the clear alcohol took an amber hue, soaking in the charred barrel flavors of charcoal and spices. Suddenly, as the barrels were opened upon arrival in New Orleans, a new product emerged. An Americanized version of a French brandy, Bourbon gained popularity in the city and has since been in high demand as an authentic Americanized spirit.

The namesake for this new version of whisky is one of wide debate, but most likely stems from the county of Bourbon, named after the French royal family. Established in 1785, the region was called Old Bourbon, within it the principal port on the Ohio River where products were shipped along the river. "Old Bourbon" was stencilled on the barrels to indicate their port of origin, and ultimately "Bourbon" became its moniker.

Wooden flatboats were the original transportation vessels for whisky on its way down south along the twists and turns of the river. 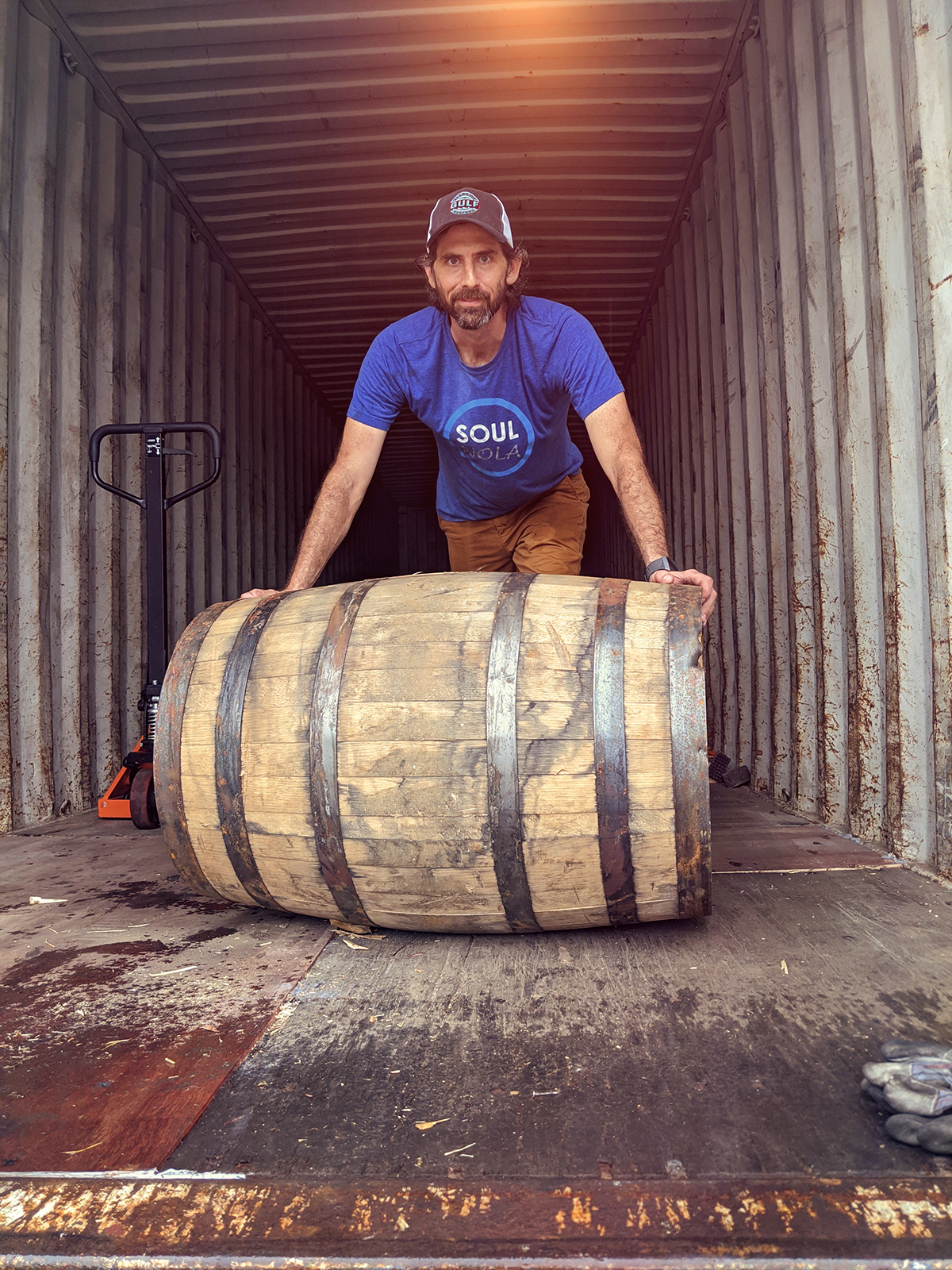 Owners Josh Easton and Ken Hagan picked out 20 barrels, added their custom blend of oak staves, and floated them down the river. The barrels arrived in New Orleans for them to sample and marry them into the batches that will become their first release. Three years in the making, Left Bank Bourbon Whisky has arrived! October, 2020

THE VESSEL
THE CRAFT OF AGE