"The Golden Age of Hollywood in a Glass"

The classic Brown Derby cocktail features a refreshing blend of bourbon, grapefruit juice and honey syrup. That trio of simple ingredients belies the complex taste of the drink, as the honey bridges the gap between the tart citrus and the spicy bourbon to produce an intricate combination that has stood the test of time.

According to Dale DeGroff’s 2002 book, “The Craft of the Cocktail,” the Brown Derby was created in the 1930s at the Vendôme Club in Los Angeles, and it was named for the eponymous hat-shaped diner that was located nearby. However, its origin gets a bit murky from there.

The Brown Derby appeared in the book “Hollywood Cocktails,” which was published in 1933. But it also appeared under a different name, the De Rigueur Cocktail, in British bartender Harry Craddock’s classic 1930 tome, “The Savoy Cocktail Book.” Did the former pull the recipe from the latter and change its name? Were two drinks with the same recipe living under different names in different places? It’s impossible to know for sure, but drinkers won’t be concerned with history when they take a sip of the sweet, tart, refreshing cocktail.

The Brown Derby is very easy to make—you simply shake up bourbon, grapefruit and honey syrup with ice. But it’s important to note that honey syrup is honey that has been thinned out with water. This process produces a more mixable sweetener that blends more easily with the other ingredients. And best of all: That syrup will last for up to a month in the fridge, so you can keep some on hand for additional recipes.

PREPARATION
Add all ingredients into a shaker with ice and shake until well-chilled. Fine-strain into a cocktail glass. Express the oil from a grapefruit twist and drop in to garnish (or garnish with a grapefruit wedge). 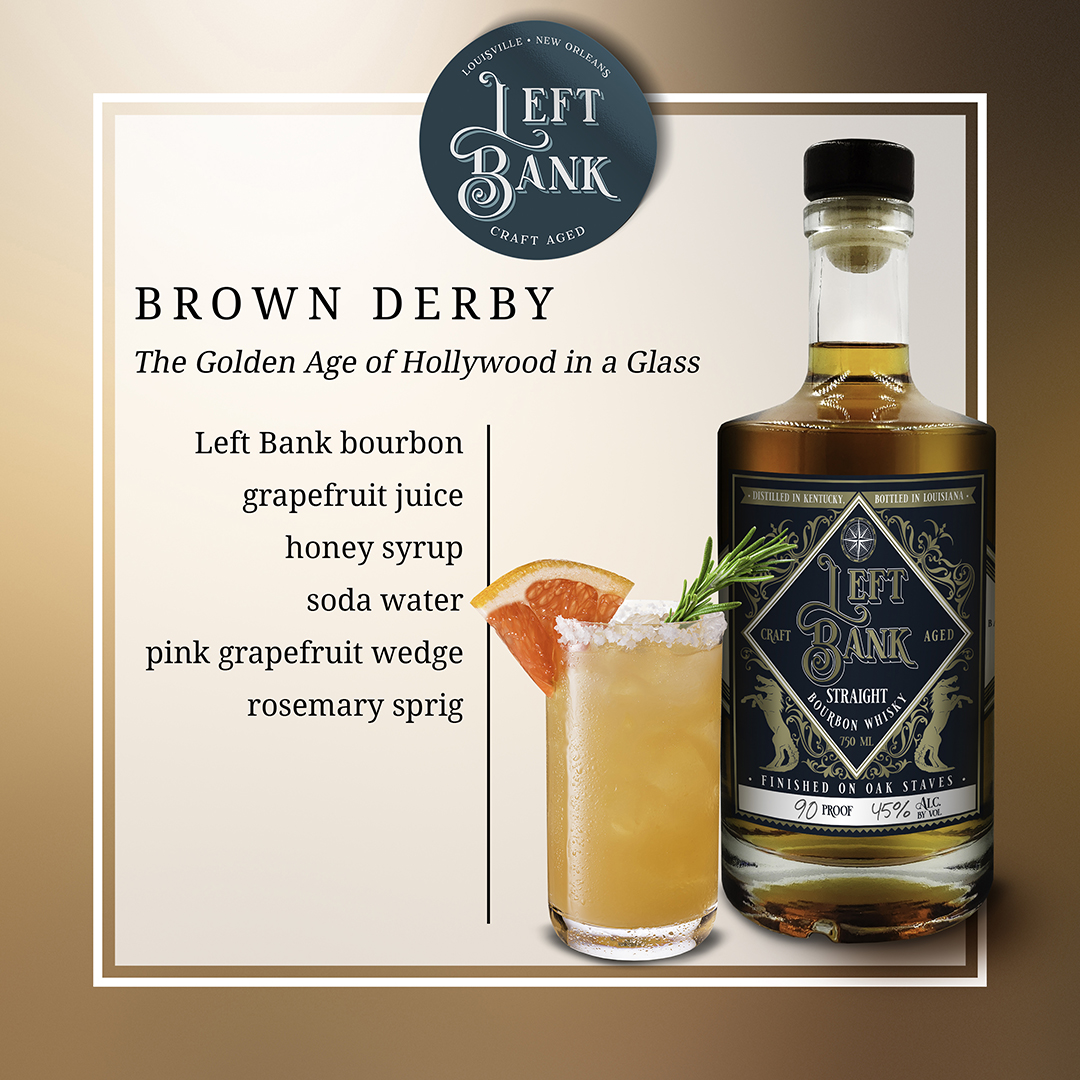